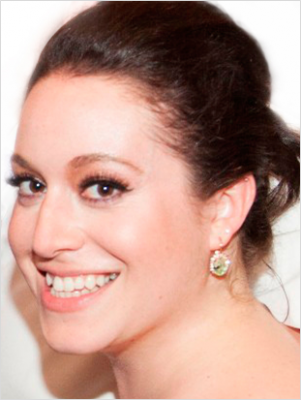 (New York)  INgrooves Music Group, one of the world’s leading independent music distribution & marketing companies, announced today that music promo veteran, Gabriella (D’Agostino) Ianni, has joined as their new Director of Promotion & Marketing, based in the company’s New York office. Gabriella will handle promotional duties for select releases at traditional radio where she will report directly to Michael Plen, VP of Promotion & Marketing, INresidence.  Additionally, she will be responsible for both account management and supporting the overall promotion & marketing efforts for INgrooves partners within SiriusXM.  The role represents a fundamental shift in traditional distribution account management where the lines are now blurred between retail & promotional partners, dictating a new breed of manager.

​”We’re ecstatic to have Gabriella join our expanding INgrooves Marketing team. Having seen her talent in radio, Music Choice and promotion, I know her expertise and intensity to be of the highest caliber,” said Plen. “Her passion for music and her superb creativity will serve our promotional partners at radio, media and SiriusXM with the highest level of ingenuity, and take our INgrooves partners to new heights across all releases.”​

Gabriella began her career in radio & promotion working as Midday host at KMBY in Monterey, CA and then as APD/MD of WHRL in Albany, NY. Soon thereafter, she  joined Astralwerks/EMI as Head of College & Specialty Promotion. Since then, she has held positions with Glassnote Records as Head of Radio Promotion, Entercom Boston (93.7 Mike FM) Promotion Director, Music Choice as Program Director of Alternative, Rock & College, and most recently with MegaForce Records as Head of Promotion.

“I come from a family with a vast history in music & arts, and all I’ve ever wanted to do is help artists,” said Ianni. “I am thrilled to continue my journey in independent music promotion with INgrooves. This is a company who is boldly keeping pace with the evolution of the music business and providing more marketing opportunities to their creative partners for true exposure.”