Ingrooves was founded in 2002 and is a leading global music marketing and distribution company. We provide labels and artists with a global team of experts and a powerful technology framework, giving them transparent distribution tools and marketing solutions to maximize revenue in today’s dynamic music marketplace. By embracing data science and continually updating its offerings, Ingrooves is redefining the modern music company. 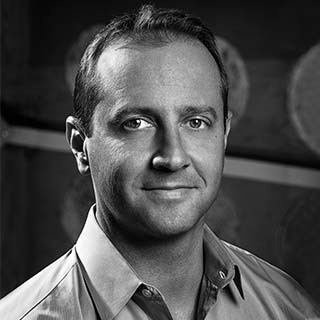 Mr. Roback is a pioneer in the digital music arena, joining with longtime partner Dave Goldberg in 1994 to found LAUNCH Media, one of the world’s first digital music enterprises. After a highly successful run, the company was acquired by Yahoo! Inc. in 2001. As part of the sale, Mr. Roback became Head of Music at Yahoo!, overseeing its global music operations until 2007. Most recently, Mr. Roback was President of Fender Musical Instruments Corporation where he remains a member of its board of directors. Prior to that, he served as Co-Founder and CEO of Dashbox, a workflow management system and marketplace for music licensing. Dashbox was acquired by FilmTrack in 2014. Mr. Roback also served as Co-Founder/Managing Director of The Media Farm, a company which owns and manages entertainment intellectual property.

Amy is a veteran player in the independent music and distribution space with a wealth of expertise in both traditional and emerging music revenue streams. Since 2012, she has overseen the day-to-day management of global distribution operations at Ingrooves, while ensuring the company’s independent label partners are provided with the custom services they need to successfully market, promote and monetize their music.

Prior to Ingrooves, Amy worked at ADA, where she rose from a regional advertising manager to Vice President of Label and Artist Development. Early on, she began her career in music with Title Wave, a Minneapolis mom-and-pop record and video outfit where she learned the retail business from head to toe. Amy then segued to the label Red Decibel, which further drove her passion for working in independent music forward.

Jay Blomquist has been inventing and writing software since he was 10 years old. For about 6 years he lead teams developing websites, taught corporate software classes, and consulted for companies like Northrup Grumman, Nercon, and others. Then in 2005, Jay founded MediaRecall. In the early years, he personally developed the software, systems, and infrastructure to digitize tens of thousands of hours of archive video content. He also hired, trained, and managed over 4,000 work-from-home contractors to create contextual metadata and human transcriptions for companies like “The Tonight Show starring Johnny Carson”, WGBH Boston, and National Geographic.

In 2010, Jay and his partners sold MediaRecall to Deluxe Entertainment Services Group. Jay continued on with Deluxe as CTO of the MediaRecall by Deluxe business unit for 3 years and worked on projects for companies such as Harpo Studios, Martha Stewart Living Omnimedia, Polo Ralph Lauren, Warner Bros, NBCUniversal, Getty Images, Disney/ABC, Austin City Limits, and others. In 2012, Deluxe went through a strategic restructuring and Jay moved from the MediaRecall business into the role of Vice President of Development and Architecture for the main Deluxe Media business unit. There he was in charge of a large team of development and support staff architecting, building, and maintaining Deluxe’s proprietary supply chain management system DL3.

DL3 supports the servicing of the libraries of all major Hollywood studios, managing over 50,000+ digital deliveries per month to over 1,000 portals and broadcasters like iTunes, Netflix, Google, and XBox. It also manages the authoring of many of Hollywood’s DVDs and BluRays, and provides the tools and workflow management for one of the largest providers of scripting, subtitling, voice overdubbing, and other localization services in 50+ languages worldwide. Most recently he was promoted to VP Innovation & Architecture, in charge of future platform and architecture innovation, reporting to the CTO. Jay is a current member of Mensa International.

Matt was a Co-Founder of Isolation Network, Inc., and is currently the Company’s General Counsel. He oversees the Legal & Business Affairs, Corporate Development and Human Resources groups, as well as mergers & acquisitions and equity & debt financing. He previously also served as the Company’s Chief Operating Officer and was instrumental in the closing of several private equity rounds, including investments by Shamrock Capital and Universal Music Group, and the acquisition of Fontana Distribution LLC. 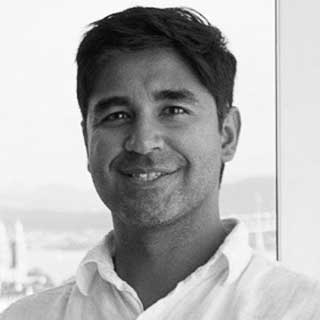 Elliot Swan is Senior Vice President of Product at Ingrooves. In his role, Elliot leads all client-facing product initiatives, working closely with all internal departments to harness market insights and user feedback with a view to establishing best-in-class offerings for Ingrooves’ partners. Prior to Ingrooves, Elliot was co-founder and Chief Product Officer of Vadio, a music video syndication company that powered the music video solutions for platforms like Shazam and Vizio.

SK brings over a decade of leadership experience as a senior executive at various venture capital, strategy consulting, and intellectual property firms. He was most recently the Chief Technology and Innovation Officer at Patent Licensing International, a €120M venture capital fund partnered with LIVIA Group. In his past role as a Vice President and Partner at the Mitchell Madison Group and OC&C Strategy, SK led successful engagements for Fortune 500 CEOs in corporate strategy and M&A, in addition to spinning off a customer and marketing analytics and insights practice. SK is the co-author of numerous peer-reviewed scientific publications and book chapters, and continues to be an invited speaker at analytics conferences, roundtables, and summits around the world.

SK earned a Ph.D. in Chemical Physics at Caltech at the age of 23.

As EVP/GM of Rights and Royalties, Jennifer Cary is focused on driving Ingrooves’ leadership position in the field of music publishing and royalty accounting. Working with her staff, Cary ensures that Ingrooves provides its label and publishing partners with the resources and expertise to process royalties, handle global registration and royalty collection, publishing administration and mechanical licensing.

Prior to Ingrooves, Cary was the CEO of Sovereign Music Services which provided white label business administration services to music and entertainment related companies. Over the course of six years, Sovereign became a leader in the field of royalty accounting and merged with Ingrooves in 2017. Cary has enjoyed more than 20 years of experience in the music industry working directly with artists, managers, business managers and law firms, including “the hardest work man in show business,” Mr. James Brown.

A New York native, Jennifer studied at New York Law School and with her keen understanding of copyright and contract law, she helps clients navigate the complex world of royalties. Cary also lends herself to the music community at large as a mediator for the Arts Arbitration & Mediation Program operated by the California Lawyers for the Arts.

David Lessoff is the Senior Vice President of Business & Legal Affairs at Ingrooves Music Group, a global leader in independent music distribution and marketing services. In his role, David utilizes his extensive legal experience in connection with intellectual property, entertainment and media, with a specific emphasis in the areas of recorded music, music publishing, and Internet/technology matters.

Prior to joining Ingrooves, David was a Los Angeles-based lawyer in the Entertainment Practice of Manatt, Phelps & Phillips, LLP. David has also served as in-house counsel at Capitol Records, New West Records and at Rhino Entertainment.

In addition to his role at Ingrooves, David is an adjunct professor of law at Loyola Law School in Los Angeles, where, for the past twelve years, he has taught the Music Law survey course. David is a frequent guest speaker and lecturer at SXSW and at many other universities, law schools, seminars, and conferences. David received his B.A. and his M.A. in English with honors from the University of Missouri, Columbia in 1990 and 1993 respectively, and he received his law degree with honors from Gonzaga University in 1997. David is a member of the bar in Washington, Oregon and California.